After lunch, we continued wandering around Barcelona on our "adjustment day."  We went over to Las Ramblas, the famous pedestrian thoroughfare in the heart of the old city, and made a stop at the Carrefour market to do some grocery shopping (mostly with the intent of buying water) and "grocery sightseeing." 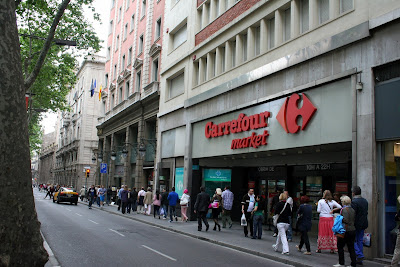 As I wrote in one of our earliest posts, a stop at a grocery store is a must-do on our list in any new place.  We love seeing what they have that we can't get at home!  So what did they have at Carrefour that we found interesting?

Lots of gazpacho in the refrigerator case. 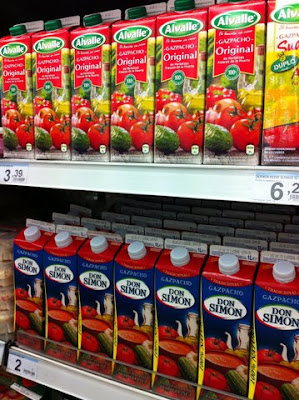 Refrigerated tortillas (omelettes) with potatoes, and with or without onions, which reminded us of our snack the night before. 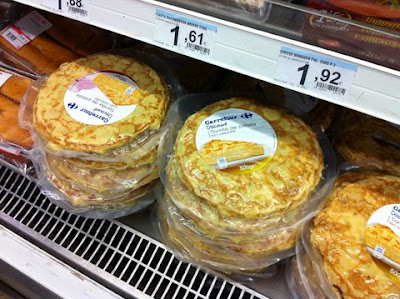 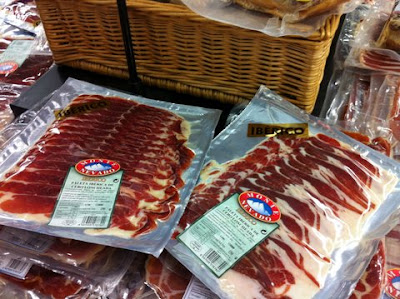 Since it was less than a month until the start of the European football championships (which are now almost over - we're so slow at recapping), there were lots of snacks promoting the Spanish team in Spain's colors.  (Vamos España!) 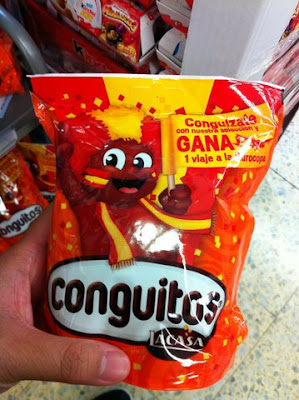 These special edition M&Ms were ready to root for Spain. These Milka Oreo bars were not in Spain colors but were new.  We were very tempted but decided not to get them (this time).  Now, I wish we had gotten more of them since we can't get them at home. 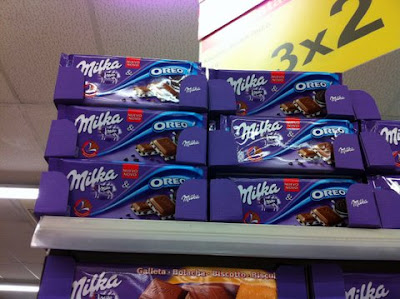 And for the last photo - Coca Cola, an official sponsor of Euro 2012, with football themed soda cans. 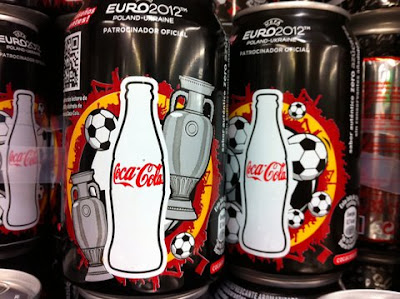 Forgot to take photos of the water but it was so cheap! It cost us less than 2 euro for 6 gigantic (I want to say 2 liters, but I'm not good at estimating volume) bottles of water.  Why is bottled water so expensive in the US?

We made other trips to Carrefour during our stay to pick up other groceries (and of course, more water).  It was the most convenient (and affordable) grocery store we could find in the area near our hotel so if you're nearby, we recommend it!
Posted by M at 10:40 AM